Thank you to our current board of directors for sharing your time and talents to continue to move our mission forward! Would you like to know a little more about serving in this capacity, reach out to us here https://forms.gle/mEQVD3mn5D45eWq58 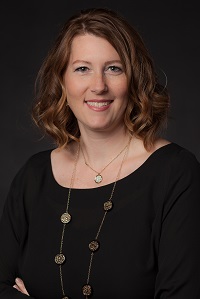 Tami grew up in Marion, Iowa and is a proud Linn-Mar graduate from the Class of 1993! Tami fondly recalls her time in the district highlighting the annual end of the year Luau at Indian Creek Elementary, participating in athletics and being member of the Linn-Mar band as her favorite memories at Linn-Mar. She attended Kirkwood Community College and received a BA in Marketing & Business Communications from UNI. Returning to Marion shortly after college, Tami and her husband Jason are very active in the community.  They have two daughters attending Linn-Mar schools. Currently Tami supports the members of the Marion Chamber of Commerce as Director of Member Services, volunteers at Wilkins Elementary as a Junior Achievement volunteer, enjoys her down time with her family and friends and is an avid reader. Tami is also a closet rock star junkie, taking in as much live rock music as she can – who knew! When asked about being involved Tami stated, “I’m a proud alumnus and this is an opportunity for me to give back to my district. I believe in the opportunities the Foundation provides students and teachers and look forward to serving” 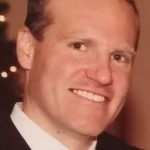 Lance and his family have lived in the Linn-Mar District for fifteen years. He grew up in Fredericksburg, Iowa, and later graduated from Coe College and the University of Iowa. Today, Lance works for Collins Aerospace and lives with his wife Julie and two kids, Sadie, a college student and Chase, who attend Linn-Mar High School. In his free time, Lance likes to travel and exercise. He is often told that he looks remarkably like Woody Harrelson, (we will let you decide for yourself!), and he also enjoys quality time with his family and friends. Lance became involved in the Linn-Mar Foundation because he was interested in becoming more involved in the local community. In the years to come, he wishes to see more of the same continue, giving the district’s students greater opportunities to become prepared for what lies ahead.

Missy has spent the last twenty five years in the Linn-Mar District! She grew up here in Marion, and now continues to live here with her husband Trent, and her children Blake and Ellie who both attend Oak Ridge. Missy graduated from Mount Mercy University and now she works at Rockwell Collins. In her free time, she enjoys cooking and baking, as well as watching sports. Missy is a self-proclaimed sports nut, she loves baseball, football, and basketball. She and her husband are both alumni of Linn-Mar High School and now their children also attend Linn-Mar. This connection caused her to become a part of the Linn-Mar Foundation to allow her to continue to support the district and make it the best experience possible for her kids and all students to come. 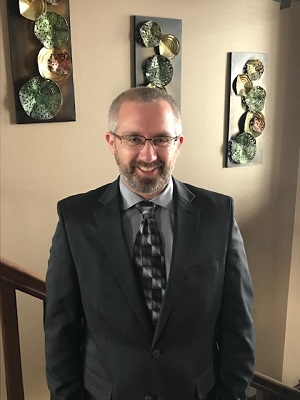 Born and raised in Marion, former Linn-Mar Lion, and local business owners, Jeremy and his wife Jennifer have two children who have attended Linn-Mar schools.  A graduate of the University of Iowa (Go Hawks!), Jeremy is CFO for Streb Construction and E & F Paving.  They are also the owners of Busy Bee Learning Center just down the street from Linn-Mar High School.  Don’t let the pocket protector fool you though, Jeremy enjoys his down time crushing it on the sand volleyball courts and making great picks in fantasy football! He states, “I want to be involved in the LM Foundation to give back to a school district that has been so great to me and my family.  The future of the Foundation is to ensure it is evolving at the same rate as the district to help support the schools.  I want to help it continue to grow with grace while helping the district maintain exceptional curriculum”

Board Directors and Staff 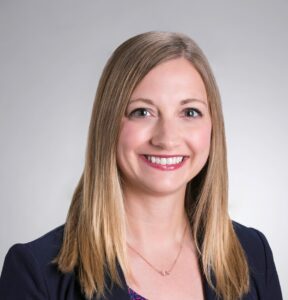 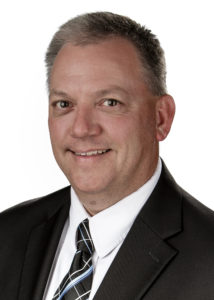 Barry was raised in Iowa City, Iowa and is a BIG Hawkeye fan! He graduated from Wartburg College, and now is an Accountant and Business Consultant for Terry, Lockridge & Dunn. For the last nineteen years, Barry and his family have lived in the Linn-Mar District; Barry and his wife Chris have three children, Zach and Alex, Linn-Mar graduates and current college students, and Jaycee who attends Linn-Mar High School. In his free time, he likes to golf and spend time with his family. Barry became a part of the Linn-Mar Foundation to assist in enhancing the educational opportunities for Linn-Mar students, and in the future he hopes to see the district continue to be a leader in forward thinking and STEM opportunities for students. 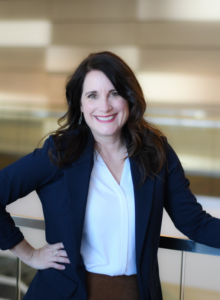 Katie was a former teacher and knows what it is like to use your own money for supplies, books, and board games for the classroom. She feels fortunate to have the ability to serve the Foundation with her time and resources. Katie knows education is a critical component of child development and wants educators to be equipped to offer students the best opportunity to learn.

Katie is married to Brent and they have 2 daughters in the district. Katie is an encourager of volunteerism and has herself been a 100+ hour LM volunteer multiple years. Katie knows full well the impact education has on your life having her undergrad from UNI and two Masters degrees from the University of Iowa (Educational Measurement & Statistics and MBA).

Megan grew up in Marion and is a proud Linn-Mar graduate! She went to college at Boston College for her Undergraduate Degree before attending the University of Iowa. Today, Megan is the Tax Director for Hillcrest Holdings, Inc. , and says she spends most of her free time keeping up with her busy family. Megan and her husband Mike have three children, Maeve, Nolan, and Margot, and when she finds some time to herself, she enjoys traveling, going on bike rides, and trying new restaurants in the area. Something many people don’t know about Megan is that her intramural girls’ basketball team at Boston College won their championship game, that was played during the halftime of the men’s (who were then ranked 4th in the nation) basketball game against Rutgers. Megan is passionate about supporting the students within the Linn-Mar District because, “ I benefited tremendously from the top-notch education and activities that Linn-Mar offered and I want to ensure that our future generations will as well.” 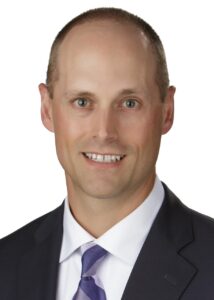 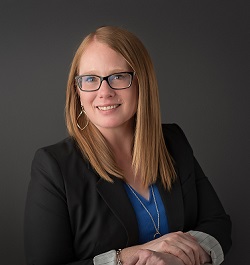 Karol is an Iowa native, originally from Clinton, IA. She attended the University of Iowa where she received her BA in Marketing. Following her family footsteps into the radio industry, she spent 2 years in Davenport, IA in radio commercial sales and as a part-time on air talent. That paved the way to move to Cedar Rapids in 2003 to be the afternoon personality on KZIA, FM (Z102.9) where she met her husband, Brent. They moved to Marion in 2012 and fell in love with the town and Linn Mar community! They have two boys, Easton (14) and Dawson (11) who keep them busy between baseball practice/games, friends, and school activities! She is the current Executive Director of the Cedar Rapids Freedom Festival, which combines her passion of producing community events and #supportinglocal.

Kim Suddendorf
Controller
To The Rescue 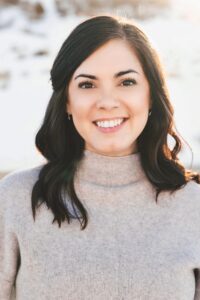 Kim is originally from Fairfield, Iowa and moved back to the area in 2014 after living in various parts of the country in the early part of her career. She graduated from lowa State University with a bachelor’s degree in Accounting in 2004 and is now a Controller for To The Rescue in Cedar Rapids where she proudly works to improve the lives of individuals and families in the community. Kim and her husband Brody have two young children, a son Parker and daughter Mila, who keep them on their toes! They love traveling but also spending time at home, cooking big meals on the weekends and enjoying football and outdoor activities with friends and neighbors. Kim joined the Linn-Mar Foundation when her son started school to help support the mission, with a passion for growing programs that make a difference in students’ lives, better preparing them for a brighter future.

Tim is a proud alumnus from the class of 1993! Tim joined the Foundation board at the start of the 2018-2019 academic year.  He is excited to be able to support the Foundation’s mission and help offer expanded opportunities for our students.  Tim attended the University of Iowa (Go Hawks!) and is a Regional Manager for Toynk Toys.  He and his wife Lesley returned from the Chicago area to raise their family in Marion and attend Linn-Mar.  They have two daughters in the District.  In his spare time, you can catch Tim sweating it out on the basketball or tennis court or reeling the fish in on a good day. 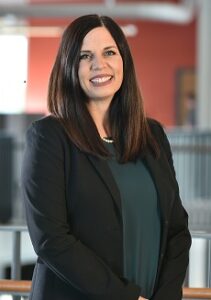 Lindsay is a proud Linn-Mar graduate, class of 2000! She graduated from the University of Northern Iowa and the Villanova University School of Law. Her favorite memories at Linn-Mar include homecoming week, Toga dances and participating in sports. She returned to Cedar Rapids in 2013 after practicing law in Chicago for several years. She and her husband, Ben have three children, Noah, Claire and Isabel. Lindsay loves to spend her time with her family, playing sports, traveling and cheering on the Panthers! Lindsay is very appreciative of the education and experiences Linn-Mar provided, so she wants to be involved with the LM Foundation to help ensure current students have similar opportunities. One thing you may not know about Lindsay, she still has the Bowman Woods fight song and Fifty Nifty lyrics (and choreography) memorized – Go Lions! 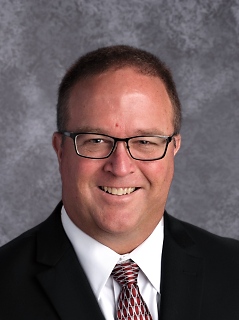 Shannon Bisgard began his role as Superintendent for the Linn-Mar Community Schools at the beginning of the 2018-2019 academic year.  He is certainly no stranger to our district and a very proud Linn-Mar Lion!

Shannon and his family came to Linn-Mar back in 2003, when he became the principal at Bowman Woods Elementary.  In 2007, he was chosen to be the first principal at the new Linn Grove Elementary.  His strong leadership and mentoring skills led him to the Grant Wood Area Education Agency (AEA), where he was a Regional Administrator from 2013 to 2015.  He returned to Linn-Mar in 2015, when he was named Associate Superintendent.

Previous in his education career Shannon was a 5th grade teacher and Middle School and High School coach in Newton, Iowa. He was also an elementary principal in Independence and Newton.

Shannon and his wife, Diane, are the parents of three children. Their youngest daughter was among the graduates of the Linn-Mar Class of 2018. 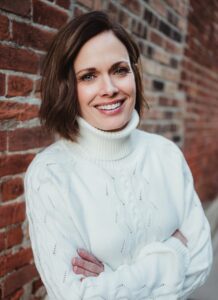 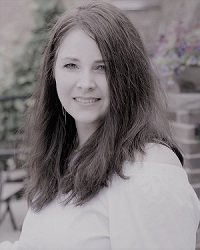 Sheri was born and raised here in Marion and graduated from Marion High School where she attended “The Last One Ever”…if you are as old as she is and were from around here you understand this reference.  Though it made it a little harder to put on the Linn-Mar Red and Black, she proudly wears it today!  Sheri went on to graduate from The American Institute of Business with an AA in Executive Administration.  She is the Office Administrator for the Cedar Rapids office of Farm Financial Strategies whilst also enjoying the opportunities here at the Linn-Mar Foundation.

Sheri and her husband, Mike, have lived in the Linn-Mar School District since 2002.  They have 3 beautiful and BUSY children, Braedon, Noah and Scout.  Sheri volunteered for many years at Linn Grove Elementary and served as Treasurer for the PTO. In her “free” time she loves running the kids around to their various activities, anything on Food Network TV and good times spent with friends and family.